Actor Max Von Sydow died on March 8th at the age of 90.  He played a priest in The Exorcist.  He played Satan in Needful Things.   And…he played Jesus Christ in the 1965 movie The Greatest Story Ever Told.

Von Sydow was raised in the liberal, Swedish Lutheran Church.  By the 1970’s Sydow identified himself as an agnostic/atheist. Many famous folks have placed themselves in that category without apology.

Media mogul Ted Turner, with his usual swagger, said that Christianity is for weak-minded people.

Did it unsettle you when you were very young – when you first heard the sad and bloody account of Christ’s sufferings and death – that God Himself seemed so weak?  It unsettled the apostles too when they followed Jesus into Gethsemane, when they saw Him overwhelmed with sorrow, when they saw Him refuse to defend Himself against His enemies.

In the prophecies of Isaiah, the suffering Savior says:  “I submitted My back to those who beat me, and My cheeks to those who pulled out My beard.
I did not hide My face from disgrace and from spit” (Isaiah 50:6 EHV).

Yes, our God became weak.  But He is no weakling! His weakness was self-chosen for our sake.  He offers His face, bends His back, stretches out His hands to receive the nails – and allows the grinding guilt, the hot tears, the well-deserved punishments that should be mine – and yours too – to wash over Him.  He who could have come down from the cross chose not to.

It grates on us that a potty-mouth comedian like George Carlin or a movie mogul like Ted Turner should dare to call Christianity a religion for the weak – or that a famous actor who played Jesus Christ saw no real need of Him in his own life…despite the 90 years God gave the man to see that need.

But angry as it might make us, these men and so many others, in their damnable denials of Christianity, hit upon the one thing that one would expect Christianity to be if it is true…which it is!  Christianity IS a religion for the weak, the helpless, the hopeless.  Christ came to save those who cannot save themselves, to do for us what we could not do for ourselves, to endure that which we are too weak to endure – the punishment for our sins.  Christianity…a religion for the weak? Of course! That’s the whole point!

It is tragic when the rich, the famous and the powerful see no need of Christ.  C.S. Lewis once saw a gravestone on which was written: “Here lies an atheist, all dressed up and no place to go.”  Lewis simply said: “I bet he wishes that were so.” 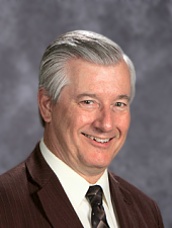